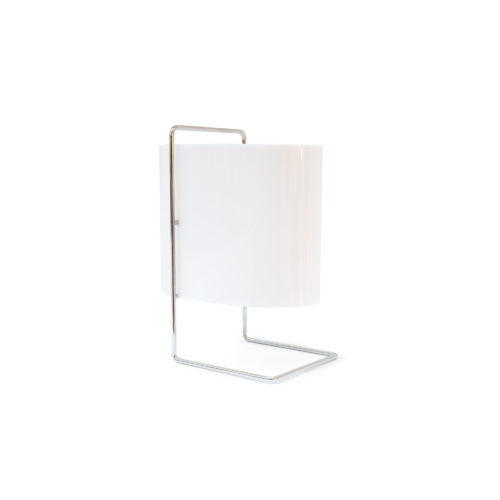 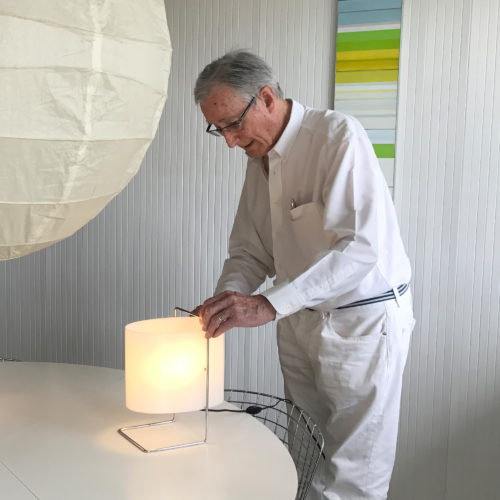 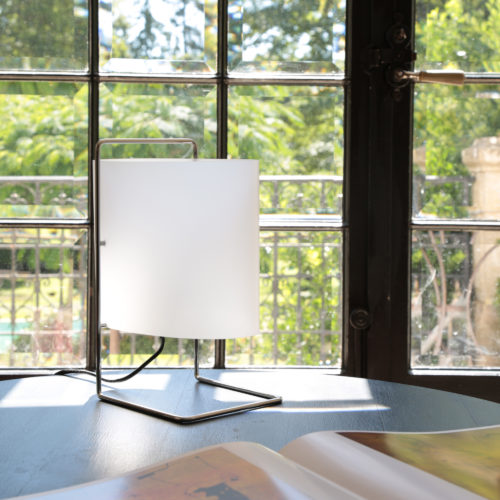 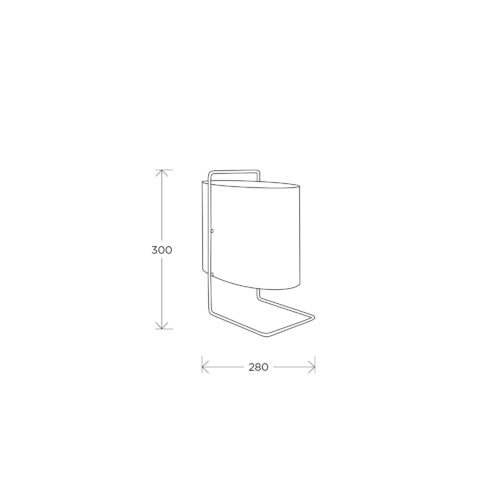 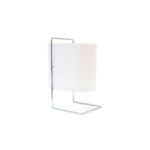 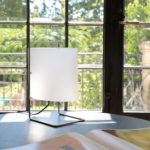 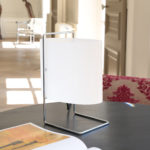 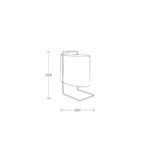 This minimalist, ultra-light lamp that can be moved easily reflects the avant-garde design created by Roger Fatus in the nineteen sixties.

The Fatus design creates a perfect size and shape, subtly blending symmetrical and asymmetrical lines in the handle and base.

The use of plexiglas, brand new at the end of the fifties, transforms the classic design of lampshade and gives this ambient lamp its timeless character, even today… 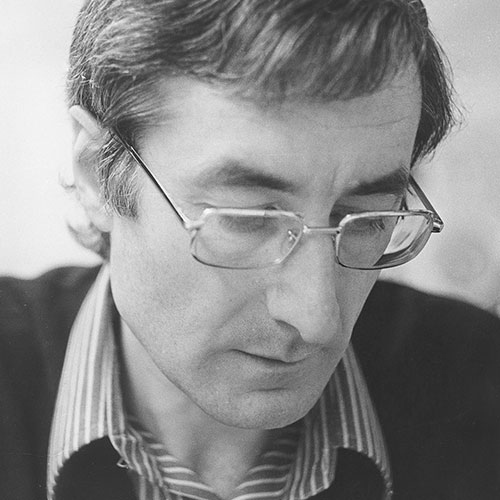