Sylvain Dubuisson, architect and designer, was born in Bordeaux on February 20, 1946, from a family of renowned architects: he is the grandson of Emile Dubuisson, author of the belfry of Lille, and son of Jean Dubuisson who has highly collaborated in the construction of the Maine-Montparnasse district (1958-1966) as well as the construction of the National Museum of Popular Arts and Traditions (1959-1969) in Paris. 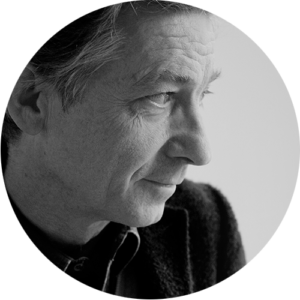 Graduated in 1973 from the School of Architecture of Saint-Luc in Tournai, Belgium, Sylvain Dubuisson settles independently, since 1980. Having to face the new generation of designers, inspired by street culture and comics that as build the foundations of an expressive and accessible design which carry a great power of communication, Dubuisson stands out with a very personal culture, mixing classical knowledge(mainly literary) with a taste for sciences and a fascination for hight technologies .

His perfectionism makes him go around factories and meet craftsmen, as well as constantly improving the reliability of the new materials. One of his main final touches is the exactness of geometry and the right proportion. His first work was “psychotic objects”, made of an arrangement of heterogeneous elements, like the lamp « Lot of noise for nothing » (1984, coll., National Fund of Contemporary Art, deposited at the Museum of Decorative Arts in Paris). Dubuisson has named his work like so, because it belong to a period of his activity was, in order to assert his own vision of design, he self-financed his creations, which for the most part remain in the prototype stage.

He questions himself about the essence of objects. For example, how can a clock can, simultaneously, give the time and convey the notion of time? 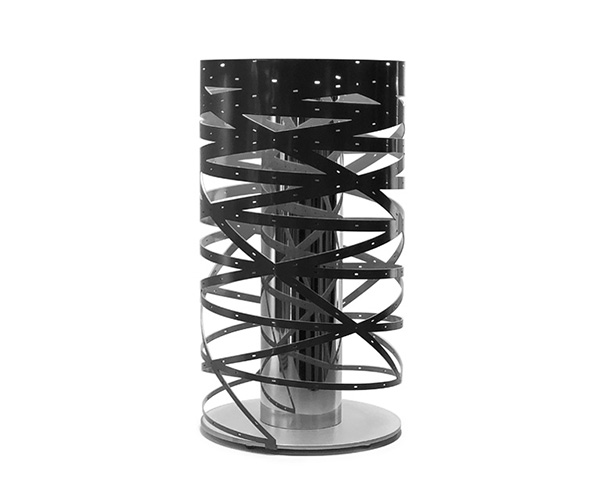