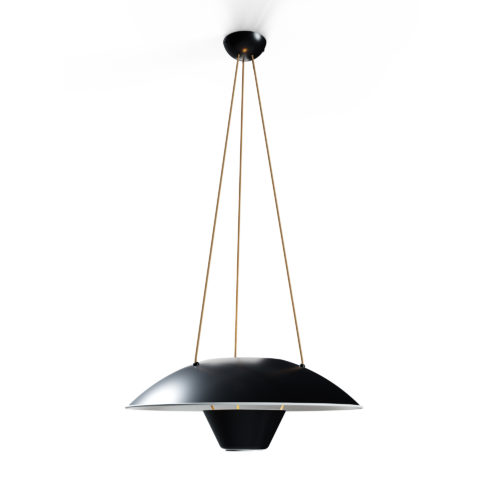 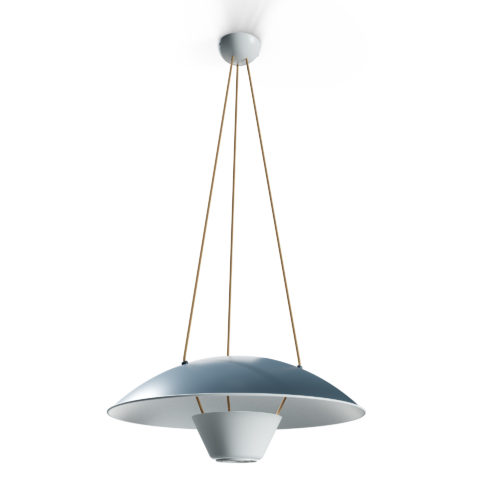 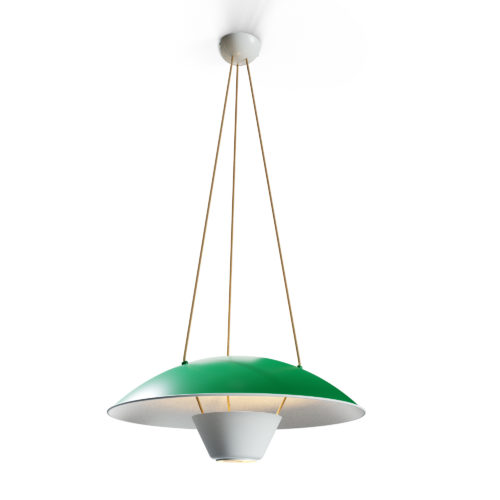 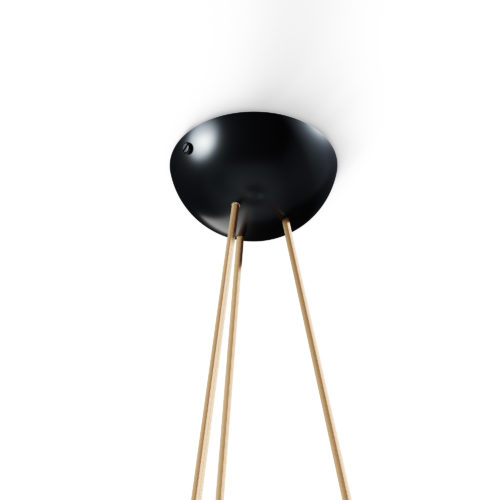 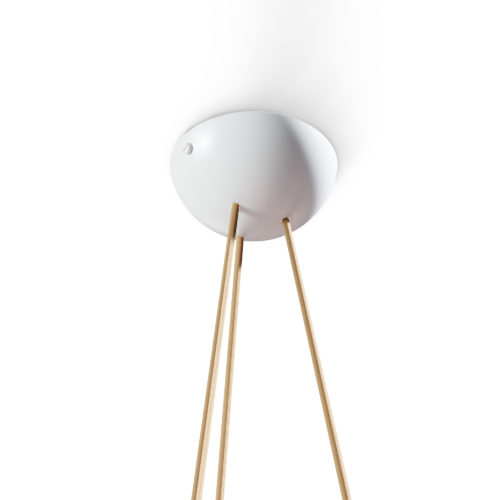 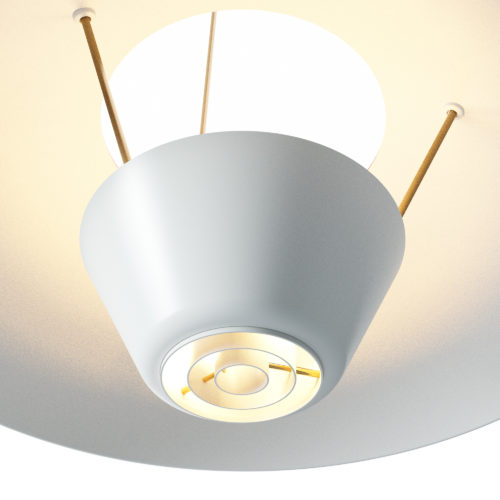 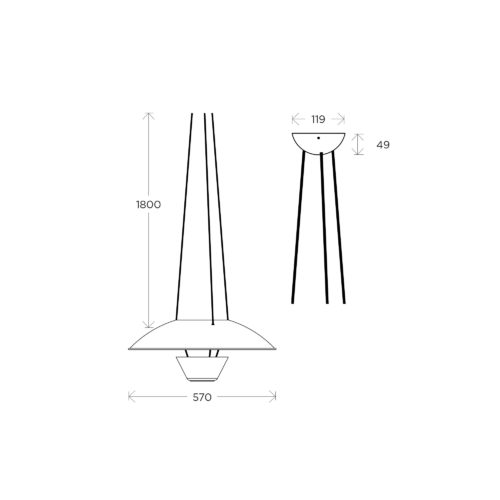 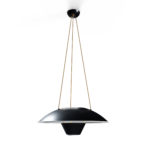 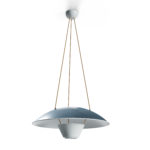 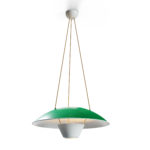 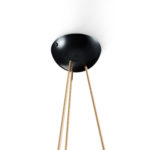 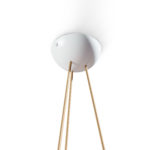 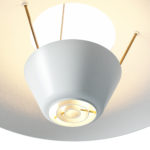 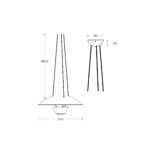 Designed is the shape of a hot air balloon, this ceiling light represents part of the lighting revolution in the early nineteen fifties.

It is one of the few lamps in the world to offer all three lighting modes in a single source: focused light to bring a sparkle to the dishes on a dining table, upward ceiling light for a soft ambient effect, and discrete light to gently illuminate the faces of guests. Its beautiful proportions, adjustable height and new range of colours enhance its contemporary design. 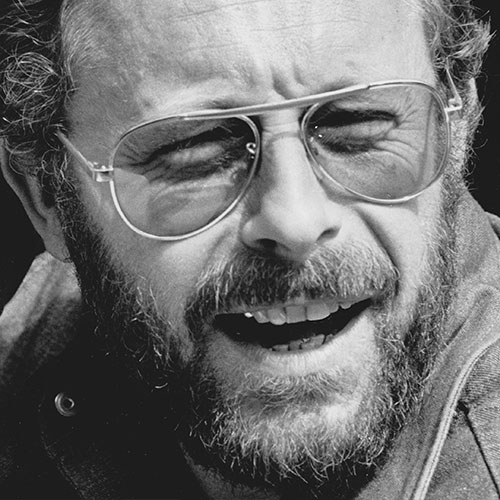